#RealEstateReset: How Gloria Steinem Is Using Her Home To Create A Safe Space For Women

In the latest episode of #RealEstateReset sponsored by Rocket Mortgage, we’re focusing on Black women and homeownership. One area we examine is how Black women trailblazers throughout history, including abolitionist Harriet Tubman; journalist and bank founder Maggie Lena Walker; and entrepreneur Madam C.J. Walker, used their homes as centers to support other women, collaborate with friends and civil rights leaders, and create a safe space for members of their communities to gather.

It’s not surprising that these women, who embodied generosity and courage in their actions, would possess the hearts and minds to open up their homes. It’s also not surprising, although an inspiring coincidence, that our guest co-host for this episode, feminist icon Gloria Steinem, sees her home through the same lens.

“My apartment isn’t just a home,” says Ms. Steinem. “It’s a political center. It’s a place where people have come to feel safe.”

Many groups have come to feel safe in her home. It has been a refuge for farm workers so that they could organize for better wages, the “command center” for the first meetings for Ms. Magazine, and the earliest meetings of the creation of the Women’s Media Center.

Take the first step toward the right mortgage.

I Want To Buy A Home I’d Like To Refinance

A Home Of Her Own

Ms. Steinem bought her Manhattan apartment in the summer of 1968. “It was somewhat accidental since as it just turned out that brownstone was available for sale,” she says. “We lucked into buying at the all-time low of real estate in New York.”

Then, in the mid-1980s, she bought the ground floor of the brownstone, followed by the third floor around 2017.

Although Ms. Steinem remembers with a smile that her mother always emphasized, “I must not only own my own home, but also own land because after the war, you can always fill in the shell holes,” homeownership and wealth accumulation were never a priority when she was a younger woman.

“I began to save money after 50,” says Ms. Steinem. “I had to admit that I, too, was leading an out-of-balance life … I needed to make a home for myself, otherwise it would do me in.”

Whether it’s concern that we won’t have enough, we won’t make enough, or we will not be able to take care of ourselves, everyone has a money fear, or 10. Ms. Steinem’s was that she would end up homeless, although she recently pointed out to me that she’s never held down a “steady” job.

“I was always sure I would end up as a bag lady, a fear I handled by thinking, ‘It’s a life like any other.’ I’ll just organize the other bag ladies!” she says, in true activist form.

“The fear of being homeless, I think, is something that is in the back of my head. And so it was very important for me to be able to own my own home.”

I’ve been lucky enough to have Ms. Steinem as a dear friend and mentor for over a decade. I can attest that even at the age of 86, she is a road warrior, to say the least, and is not wired to stay in one place for very long, always letting the causes that call her and her love of adventure drive her to places far and wide.

It took time for her to make a deep connection to a single space for her sense of home, but as she shares in her book, “My Life On The Road,” it was a beautiful and worthwhile journey:

“Home is a symbol of the self. Caring for a home is caring for one’s self. Gradually, the rooms that I had used mostly as an office and a closet were filled with things that gave me pleasure when I opened the door. I had a kitchen that worked, a real desk to spread papers on, and a welcoming room where visiting friends could stay, something I’d always wanted as a child when I was living with my mother in places too sad to invite anyone,”

“After months of nesting – and shopping for such things as sheets and candles with a pleasure that bordered on orgasmic – an odd thing happened: I found myself enjoying travel even more. Now that being on the road was my choice, not my fate, I lost the melancholy feeling of ‘Everybody has a home but me.’ I could leave – because I could return. I could return – because I knew adventure lay just beyond an open door. Instead of either/or, I discovered a whole world of and.”

And Paying it Forward

“I'm leaving it as a meeting house for women,” she says. “I have a guest room … People who are traveling through from other countries, people who need space to have a meeting. Perhaps we can have women's communal property. I like that.”

Through Gloria’s Foundation, Steinem’s vision of a safe communal space for the home she moved into in 1968 will be as eternal as her spirit.

The Foundation’s first goal will be to assume ownership of some (and ultimately all) of Gloria’s entire three-story apartment building. The vision is that it will continue to be what always has been a center for activism, thought, creativity, security and planning.

As someone who has had the pleasure of frequenting Ms. Steinem’s home, I can add that it is also a medium for magic.

Be sure to tune into our next episode of #RealEstateReset, co-hosted by Ms. Steinem, Angela Yee and me on October 28 at noon on The Breakfast Club YouTube channel.

Take the first step toward the right mortgage.

I Want To Buy A Home I’d Like To Refinance

See What You Qualify For 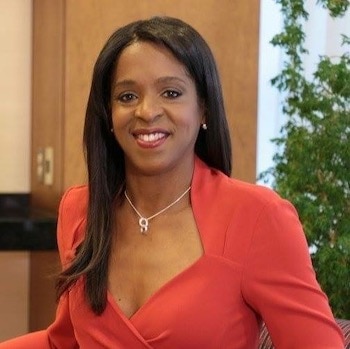 Award-winning on air financial journalist and author, Stacey Tisdale was the first woman and first African-American to report from the New York Stock Exchange in her role as a reporter/anchor for Emmy award winning Wall Street Journal Television. During her 20-year career, Stacey has reported for some of the greatest news organizations in the world including, CBS, CNN, PBS, the Today Show, and The Oprah Winfrey Show. As founder and CEO of multi-media content provider, Mind Money Media Inc., Stacey uses her personal finance and media platforms to educate her audiences about all aspects of our complex relationship with money, as well as the ways in which socioeconomics, gender, race, age, orientation, and culture, play out in our financial experiences and careers.

Yee and Envy got real with their concerns about taking on homeownership as part of Wealth Wednesdays and Rocket Mortgage’s #RealEstateReset campaign aimed at getting more Blacks into homeownership.

A Gender Gap You May Have Never Heard About: The Women’s Housing Investment Disparity

The women’s housing gap has large, long-term effects on financial growth and retirement. Learn more about what it is, why it may exist and how to combat it.

How One Woman Got A Mortgage Despite Having Over $100,000 In Student Loan Debt

Knowledge is power when it comes to student loans and getting a mortgage. Read one woman's story about overcoming her student loan debt to qualify for her dream home.